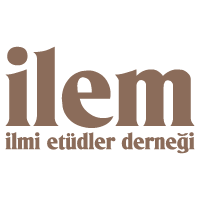 ILEM is willing to share its own intellectual experience with academics, researchers and intellectuals from different geographies and to benefit from their experiences as well. To achieve this aim, 2nd International Istanbul Summer School will be organized by ILEM with the support of T. R. Presidency for Turks Abroad and Related Communities and The Office of Public Diplomacy.

The main theme of the summer school is “The State and Society in Muslim World” and under this title, state and society relations will be critically examined. In this context, with the lectures, the fact of state, the dimensions of state perception in Muslim World and the roots of Islamic state concept that emerged in Muslim World during a century will be considered and discussed.

Besides the lectures will be given by the experts of the field, within the frame of the main theme of the program, there will be three workshops which contain presentations and debates to provide the content and aim of the school. With the discussions of the lecturers and other participants after the presentations, the fact of state and Islamic state and its reflections on institutional and governmental dimensions in different fields in Muslim World will be tried to be comprehensively covered. In addition to the general assessment and approach, all participants will be allowed to mention and discuss their own works and thoughts on specific states and cases in the Muslim World. The subjects are planned to be presented and discussed within the context of subtitles below;

Only graduated students can participate in the program. Applications must be done by filling online form on the website. Program is limited to 45 participants and the accommodation and travel fees will be covered by the organization committee. The language of the program is English.

Lectures and workshops within the program: